Though Mahaletchumy “Maha” Arujanan loves the science behind crop innovations, the farmers’ personal stories are what compel her to keep going.

“Farmers feed us, but they are the poorest among us,” says Arujanan, director of the International Service for the Acquisition of Agri-biotech Applications (ISAAA). “When our work translates into adoption and approval of new biotech crops, we see the glimmer of hope in farmers’ eyes. I have seen farmers who built new houses and sent their children to college after adopting biotech crops. Providing the socio-economic benefits to those who feed us makes me feel proud and makes me want to do more.”

As a skilled and culturally sensitive science communicator, Arujanan has already done quite a lot. She conducted workshops with Muslim clerics and scholars in the Philippines that led to making genetically modified foods permissible (halal) under Islamic law and founded The Petri Dish — the first science newspaper in Malaysia. 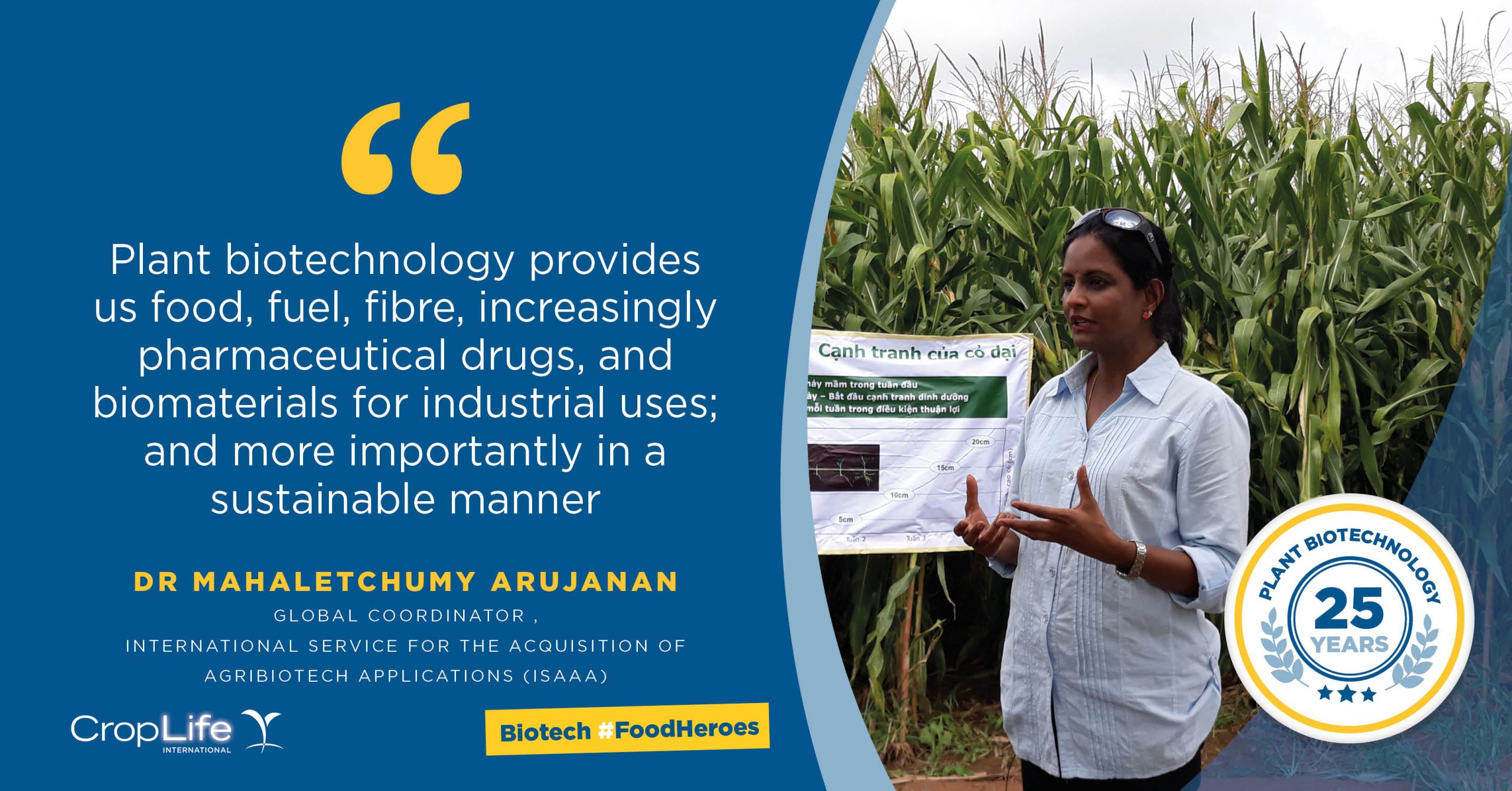 “I have been to countries where farmers speak with tears in their eyes about their everyday battle with plant diseases, pests, and hosts of other challenges, such as the high cost of production, climate change, and infertile soil,” she says. “These resource-poor farmers are pleading for new technologies.”

Arujanan advocates for biotechnology because she views it as a means for addressing climate change and providing opportunities for women and youth in agriculture. Perhaps most compellingly, she sees it as a key ingredient in “a perfect recipe for food security that includes nutrition security. Food itself is the foundation of world peace and harmony.”