What inspires plant scientists and why is their job so important? Sophien Kamoun explains:

Why did you want to be a plant scientist?

I became a scientist because I grew up being extremely curious about the natural world. I wanted to know how living organisms function. How they became the way they are. Plant pathology came later after realized that I may as well study a field of biology that is important to the human condition. This inspires me to narrow the gap between fundamental and applied research. My aim is to perform cutting-edge research and significantly advance knowledge on economically important plant pathogen systems. In contrast, much research focuses on model systems and is therefore further steps away from practical applications.

Can you explain what your job involves?

As an academic scientist, I am in the business of knowledge. My job is to generate new knowledge to advance science, and to influence others to pursue new directions, generate more knowledge and apply it to address practical problems. My job is also to communicate scientific knowledge and discoveries to my peers and to a broader audience, including the general public. 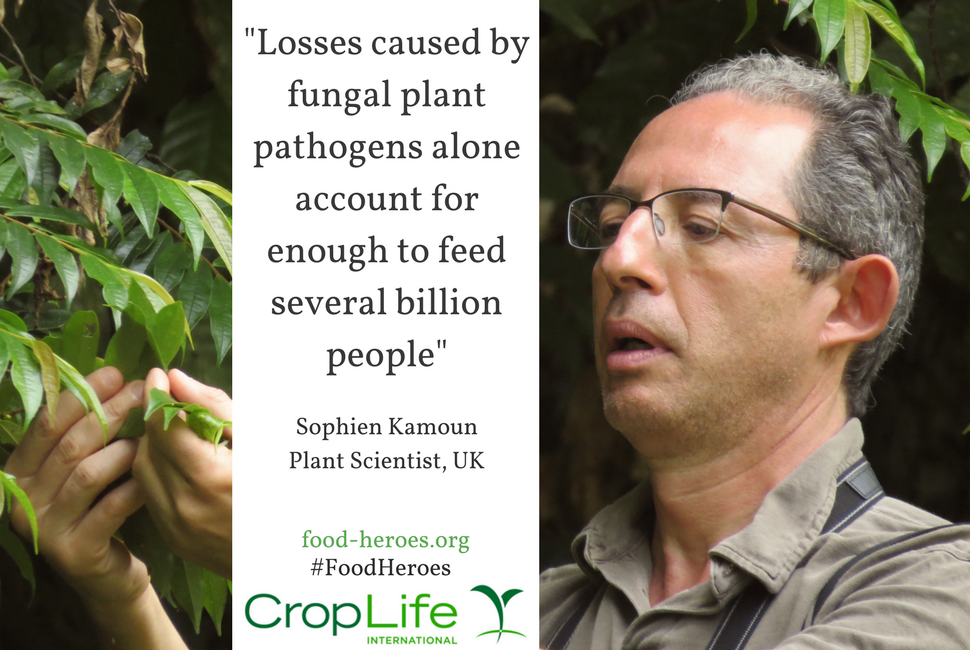 What are the plant diseases that you are working on?

I work primarily on blight and blast diseases. Throughout my career, I have worked primarily on the Irish potato famine pathogen Phytophthora infestans. More recently, I was inspired by the sense of urgency brought upon by the February 2016 Bangladeshi wheat blast epidemic to expand my research to blast fungi. I aim to apply the concepts and ideas I developed throughout my career to a problem with an immediate impact on global food security.

Can you describe how damaging these diseases can be for farmers?

Plant diseases are a major constraint for achieving food security. Losses caused by fungal plant pathogens alone account for enough to feed several billion people. Magnaporthe oryzae, the causal agent of blast disease of cereals, is among the most destructive plant pathogens, causing losses in rice production that, if mitigated, could feed up to 740 million people. This pathogen has emerged since the 1980s as an important pathogen of wheat seriously limiting the potential for wheat production in South America. In 2016, wheat blast was detected for the first time in Asia with reports of a severe epidemic in Bangladesh. The outbreak is particularly worrisome because wheat blast has already spread further to India, and is threatening major wheat producing areas in neighboring South Asian countries. Global trade and a warming climate are contributing to the spread and establishment of blast diseases as a global problem for cereal production and a present and clear danger to food security.

Why is your profession important in the challenge to feed the world?

What inspires you about your job?

Knowledge and people. The thrill of learning something new every day is addictive. Sharing the experience with others –be they students, colleagues, stakeholders or members of the public – is priceless.