German beer is famous around the world. The country produces a third of the world’s 15,000 different beer varieties, and the average German drinks around 320 beers a year! Today, most brewers in Germany still follow the basic 500-year-old recipe of combining water, hops, malt and alter yeast, and it is the hop which gives beer its bitter, zesty, citric or aromatic taste. It’s no surprise, given that beer is almost a staple of German life, the country grows more hops than anywhere else in the world.

Most German hop farms are not only family-run, but have been in families from generation to generation. Georg Selmeier, a sixth-generation hop farmer, says it is not an easy crop to grow. “It is a very vulnerable crop and every year we have a new challenge,” says Georg. Hops are vulnerable to a number of pests and diseases, but fungal mildew attacks can be particularly devastating with up to 100 percent yield loss. “Crop protection is very important,” says Georg.

Florian Weihrauch, a plant scientist at the Hop Research Institute, is working on new ways to help farmers protect their hops from damage. Knowing when to apply crop protection products is a crucial part of disease prevention, he says. “Take downy mildew. Because we know the disease, we developed a forecasting model that gives a control threshold that tells farmers when they need to spray fungicides, using as little as possible, but as much as needed to protect the crop.” It’s research and tools from Florian and his colleagues that keeps hops healthy and German beer flowing!

Name: Georg Selmeier
Your work:
Hop farmer
What inspires you:
Farming – every day is different.
How do you relax:
I am a volunteer commander of the local fire brigade. 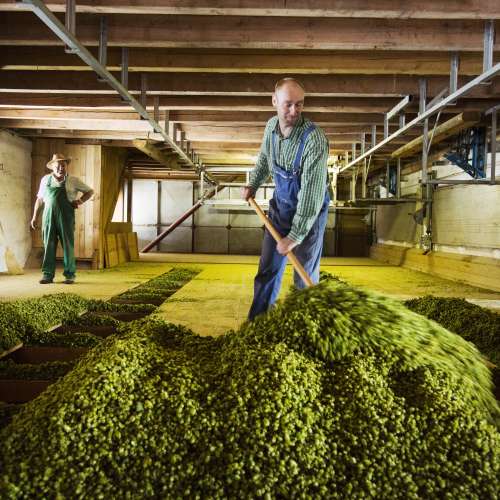 “Beer is extremely diverse. For almost 500 years we have been using hops to give beer its variety of tastes.„ 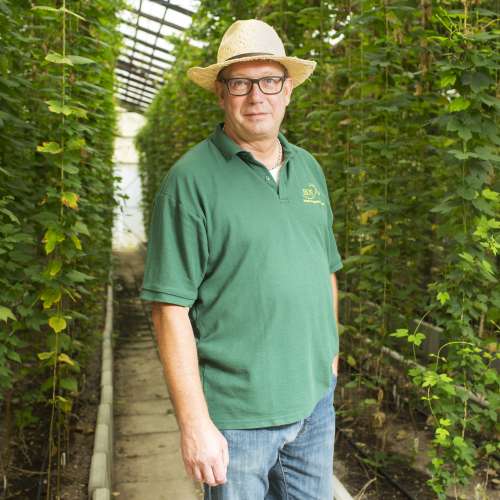 Name: Florian Weihrauch
Your work:
Plant scientist, Hop Research Institute
What inspires you?:
When I am alone in nature I am absolutely happy.
How do you relax?:
I am devoted to dragonfly research – the most beautiful insects of all.

“Hops are historical and they’re in our culture. „
Citrus in the USA Maize in Uganda