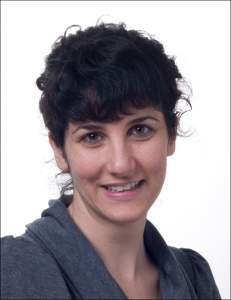 While plant breeding has historically focused on improvements to a plants immunity, productivity, or quality, researchers are increasingly looking to understand and enhance traits which make crops more attractive to both men and women.  Male and female farmers are just like consumers in that they look for certain traits that make planting and harvesting easier in terms of their roles and responsibilities in the value chain . Female farmers might need crops that are easier to manually harvest or they might look for faster cooking time in tuber crops.

“As a researcher, you focus on gender issues and agricultural research in terms of a researcher’s perspective,” Dr. Tufan says. “The NEXTGEN project had funding to do gender research on how women are involved in cassava production and what their needs and constraints are in that sense.”

Dr. Tufan says the NEXTGEN Cassava Gender Responsive Cassava Breeding Initiative is not just about being gender inclusive or breeding better cassava; it is about going to the female farmers and identifying the traits they are looking for in a cassava crop, and then breeding for those traits.

“We focused on a trait called softness—a cooking time issue—and it matters to both men and women,” Dr. Tufan says. “Having cassava that cooked more easily and was softer was a win-win for everyone. We identified that need and developed measurements for it so the programs could breed for the softness trait.”

In her mission to address gender-specific needs as part of plant breeding and research implementation, Dr. Tufan established Gender-Responsive Researchers Equipped for Agricultural Transformation (GREAT). She is now the principle investigator for the project and says the idea emerged from NEXTGEN as a training mechanism to bring together social scientists, biophysical scientists, breeders, and agronomists and encourage them to think of the gender question together.

“The program was started because I was desperately trying to get the breeders I worked with to go to a gender training course but absolutely could not find one that fit,” Dr. Tufan says. “We started thinking that we should create one if it isn’t there.”

GREAT is funded by the Bill and Melinda Gates Foundation and is in its third year of operation. Dr. Tufan says the program’s model has led to holistic solutions from bringing together individuals from the entire research and development chain of food crops. Their vision—GREAT equips researchers to create more inclusive and effective agricultural systems by addressing the priorities of both women and men in sub-Saharan Africa—speaks to Dr. Tufan’s work and the work that still needs to be done with gender in the industry.

“Being gender responsive means challenging and questioning your own norms and assumptions about whose voice is heard, who has the power to decide, what data are we basing our assumptions on, and ultimately: who benefits and how?” Dr. Tufan says. “As researchers, even if we ask ourselves one of these questions, we may uncover kernels of truth that can lead to unraveling our most firmly held assumptions. That is when the real learning and transformation begins.”

Programs like this are essential to women who are farming in areas like the Middle East and sub-Saharan Africa. On small-scale farms with limited access to modern farming techniques, the innovation that comes from gender-responsive breeding is not only empowering from a confidence and decision-making standpoint, it is financially empowering as well. In some instances, women can only sell to other women within their own communities and if they are growing and selling products that don’t cater to the needs of their client base, their income will suffer. True gender equality requires empowerment across the board for researchers, growers, and the consumers.

To address what still has to change, Dr. Tufan says there are multiple projects in the pipeline, as well as one that has already been funded, which takes the concept of capturing the farmer’s needs and creating a crop that addresses those, this time in root and tuber crops like bananas and potatoes instead of cassava. Future projects like this one will further enable the gender conversation during the breeding process and will help the women who need these innovations.