Celebration & Conversations Around 20 Years of Biotech

Between 1995 and 1996, governmental leaders from across the world approved nine biotech crops. Soon thereafter, farmers began planting them, fully utilizing the 35 traits that protected the crops from environmental stresses such as pests, diseases, weeds, and drought.

Since then, plant biotech has proven its value in agriculture. It has increased crop yields by 22 percent, reduced pesticide applications by 37 percent, and helped roughly 16.5 million smallholder farmers escape poverty, providing better lives for their families and supporting their local economies. Roughly 18 million farmers are now growing biotech crops in 28 countries, making it the fastest adopted technology in agricultural history, and they choose to do so year after year because of the amazing environmental, economic and social benefits the technology provides for their farms and communities.

To celebrate 20 years of biotech, CropLife International and its global plant science network hosted 25 dinner dialogues around the world in 2016. The “Table for Twenty” campaign brought together nearly 500 allies and industry visionaries in 16 countries to discuss the future of our food supply. We heard from diverse voices from across the entire agricultural food chain — from local farmers, like Sergio Valencia from Colombia and Santiago del Solar from Argentina, to scientists, like World Food Prize Laureate and biotech innovator Dr. Marc van Montagu, to government and other influential leaders.

The dinner dialogues kicked off in Rome in February 2016 in conjunction with the Food and Agriculture Organization’s Biotech Symposium. Other events were held in all regions of the world, including Asia — in the Philippines in conjunction with CropLife Asia’s 10th Farmers Exchange Program, in Vietnam during a workshop on biotechnology, and in China — in Africa — in Burkina Faso and South Africa — across Latin and South America — including events in Chile, Colombia, Costa Rica, Mexico, and Peru — in Europe and in North America, including one held at the World Food Prize in Iowa and several held across Canada. Participants spoke to the challenges with bringing new biotech crops to market, the opportunities they see for the technology, and their vision for the future.

“Agriculture is a really difficult job, and as farmers, we are under different kinds of risks. But biotechnology allows me to have some benefits by my side.” — Sergio Valencia, farmer

We’re extremely proud of Table for Twenty’s success and thankful to all who took part in these dinner dialogues around the world. Check out videos, infographics and other resources from the campaign below, and join us as we continue the conversation about plant biotech’s role in our food supply at @CropLifeIntl on Twitter and on Facebook.

Photos from Events Around the World 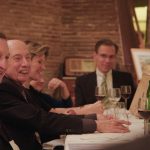 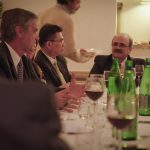 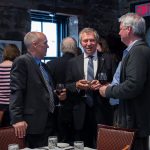 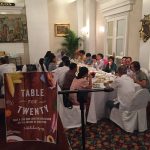 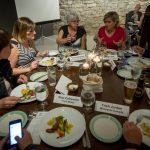 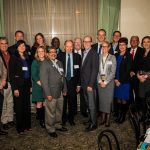 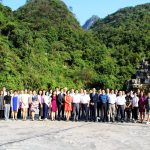 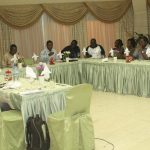 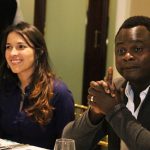 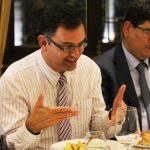 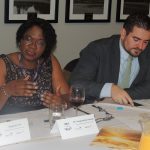 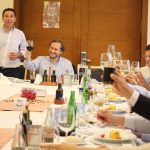 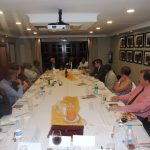 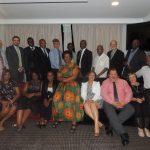 View and share the full gallery of photos here.

Check out the top 20 biotech triumphs over the past two decades in this one-page handout.

Check out some key facts and infographics about how plant biotechnology has improved farming over the past 20 years. 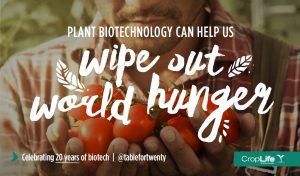 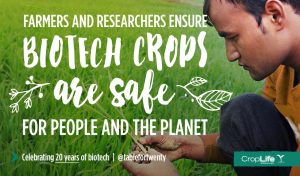 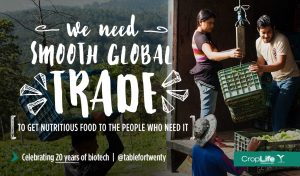 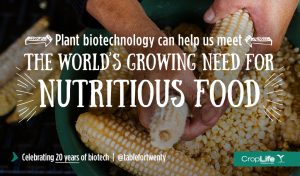 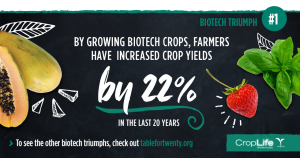 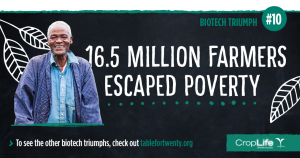 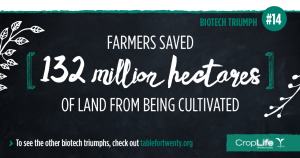 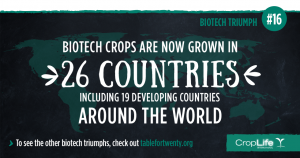 QUOTES FROM OUR EVENTS AROUND THE WORLD

Hear from real people who attended our Table for Twenty dinner dialogues around the world on their thoughts on biotech. 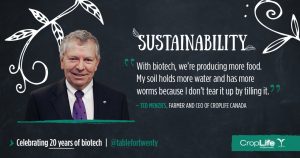 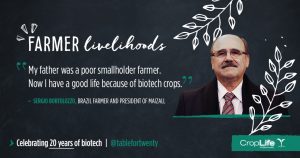 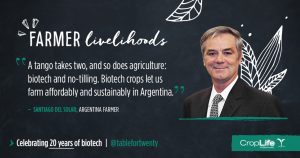 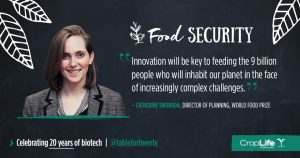 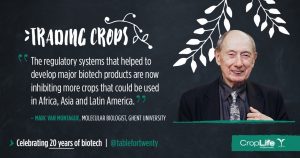 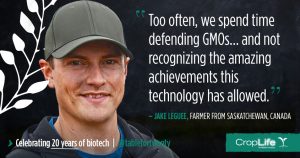